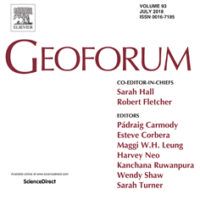 The article presents results of research (N = 2173) on the reasons for choosing geography degree programmes as declared by geography students. The objective of the analysis was to examine the significance of specific motivations and to attempt to clarify the changes behind these motivations in the context of social and political transformations in Poland in the last twenty years.

The study identified a considerable change in the reasons why people decided to study geography. At the beginning of the 1990s it was prevalent among students to choose this subject for the sake of studying geography itself. This approach has been since replaced with more pragmatic reasoning. Students started to treat their degrees as an investment in their professional future. The main premises behind formulating this conclusion is a 2.5-fold decrease in interest in geography being the main reason for choosing this subject. On the other hand, the number of students who declared that the main reason for studying geography was the hope it would increase their chances on the labour market recorded a 19-fold increase. The analysis also shows that the range of expected professional destinations have expanded and that young people have a more personalised expectation towards their course curricula. Furthermore, the fact that certain reasons to study (for example avoiding compulsory military service among male students), which were given in the 1990s but were absent in later years, illustrates the impact of the political situation on education-related decisions.