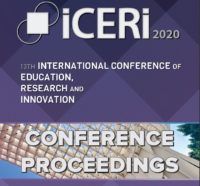 One of the key goals of academic education in geography has been comprehensive training of future geography teachers. Schools are, in descriptions of a geography graduate’s profile, one of primary possible employment areas. The socio-economic and political situation has undergone dramatic changes in the last fifty years which has affected the professional destinations of graduates of many university programmes, including a share of geographers who find employment in the educational sector.

The objective of the presentation is to:
– analyse changes in professional destinations of geography graduates in the last five decades in Poland, with particular focus on the educational sector as a possible career opportunity;
– describe key factors that had an impact on the identified changes.

To complete the objective we used two research methods: a literature review and our own diagnostic survey. The literature review included all academic publications which presented research results related to professional destinations of geographers in the years 1962-2006. Current career destinations of geographers were determined during our own nationwide study on the university-to-work transition of this group of graduates in Poland. The study was conducted in 2012 and provided information not only on the share of people who found employment in schools, but also on the level of interest in becoming geography teachers and the motivations behind this choice.

The conducted study showed that in the 20th century the educational sector was consistently the number one professional destination of geographers in Poland. On average, almost one third of graduates found employment in education as teachers in primary and secondary schools, as well as employees of the authorities overseeing the education sector. Furthermore, one sixth of geographers found employment in higher education and a similar number acquired positions in national geological and cartographic institutions. The remaining graduates worked mainly in public administration, statistical offices and libraries. At that time, nearly 40% of geography graduates declared that they would like to work as teachers.

Research conducted in the 21st century demonstrated both a low level of interest in teaching geography in schools among geography students and a decrease in the share of graduates employed in the educational sector. In 2012 only one in ten geography students declared they wanted to become teachers and one in six actually ended up working in a school.

An in-depth analysis of the circumstances of those changes indicates that five different determinants were at play here, i.e. the demographic situation, the educational policy, the approach to academic training in geography, the situation on the labour market in general and in the educational sector, and the prestige of the teaching profession.

Even though the above factors have always to some extent interacted with the share of students wanting to become teachers and the actual number of geography graduates employed at schools, another factor has played a leading role in recent years.