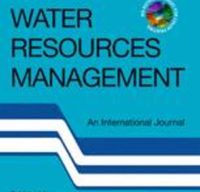 The purpose of the paper is to examine and compare the visions of social and economic development in the area around the newly constructed Mucharz dam reservoir on the Skawa River in southern Poland as represented by both the local community and local authorities. A text mining approach was used to analyse both the information collected through interviews with local residents and documents detailing the development plans for the land surrounding the dam drafted by the local authorities.

The results of the study indicate strong mismatches between the ideas for the development of the area surrounding the dam as envisioned by the local authorities and those of the local community. The mismatches refer both to the contents of the plans and to their degree of generality. The authorities focus on general conceptual visions of the area, but the residents expect specific actions and measures to be undertaken. Major discrepancies between the perspectives of both groups of stakeholders can result in residents becoming unsatisfied with the actions taken by the local authorities, poor collaboration between them and even conflicts between the community and the authorities. The text mining methodology applied in the study has been rarely used so far in research on people’s perception of dam projects and has proven useful in examining social impact assessment.