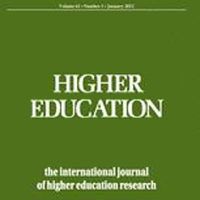 The objective of this article was to highlight plans versus actual actions of university graduates in Poland aimed at finding employment. The paper also empirically verifies the impact of chosen job-seeking strategies on the success or failure of their transition to employment.

The study was Polish-wide and included graduates of geography. It consisted of two stages. The first stage (N = 1120) allowed the researcher to identify the most successful job search methods for university-to-work transition. These included: applying for vacancies advertised on the Internet and direct contact with employers. In the event of failure to find employment, graduates turned to more informal methods. The second stage (N = 375) supplied data which made it possible to learn about the graduates’ status on the labour market 6 months after graduation. It also provided information on a structure of methods used by graduates which resulted in acquiring a job and evolution of job search methods in case of failure to perform transition to work. Discriminant function analysis was used to establish that the following job search methods are the best predictors of one’s situation on the labour market: applying for vacancies advertised in the press and public employment agencies. Other variables were found not to be statistically significant in discriminating between the group of working and unemployed graduates.