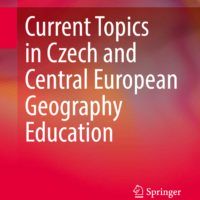 The world community of the first two decades of the twenty-first century represents a complicated system. Its functioning is greatly affected by information. The world is interconnected by information. People, including children, are overwhelmed, or even more attacked, with huge amounts of information and signals. Innovation is the driving force for development in all areas of life. Technological progress increases the technical literacy of the world’s inhabitants. On the other hand, differences between advanced and less advanced areas are broadening. Global inequalities become the substrate for abuse of confidence, increase in tension, conflicts and terrorism. Regrettably, Democracy as a system of social governance has not worked universally. Political systems in many parts of the world where attempts to overthrow authoritative regimes have emerged are fragile and unstable. A great part of the world’s inhabitants lives in poverty. People are more often than not confronted with diversity. Uncertainty is increasing; fear of insecurity is growing. Children and the younger generation are growing and maturing under these complex conditions. These facts affect their development and quality of education has crucial impertance.